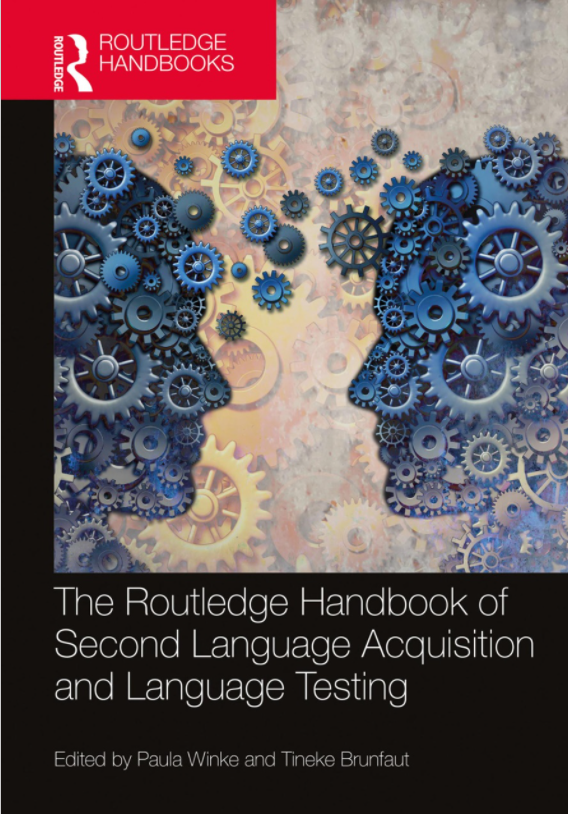 We are pleased to share that Monique Yoder’s recent co-publication with Magali Paquot and Stefan Th. Gries in the Routledge Handbook of Second Language Acquisition and Language Testing is now available. Their chapter, Measuring Lexicogrammar, provides a short history of how second language acquisition and language testing have approached lexicogrammar and reviews direct and indirect methods that have been used to measure L2 learners’ knowledge of lexicogrammar. They emphasize the importance of conceptualizing lexicogrammar as a construct unto itself rather than a summative collapse of the lexis and grammar constructs and underscore the need to incorporate context and purpose when designing scoring rubrics for performance tests.

This handbook was edited by Dr. Paula Winke and Tineke Brunfaut and contains multiple contributions from the faculty and students of the Second Language Studies doctoral program at MSU including:

We invite you to review Monique and her co-contributor’s work and that of the other chapters in this impressive handbook.

Message of thanks to MSU students from President Stanley